Diamond heists are legendary. They fascinate the public by being shocking yet impressive. There have been countless books and films about epic diamond heists, Guy Ritchie’s Snatch, comes to mind. Oceans 8, released in 2018, is about an all female group planning a jewelry heist at the famous MET Gala. The robbery of Kim Kardashian West in 2016 is a notable heist that took the media by storm. While lounging in her bathrobe in her Paris hotel, five armed men stormed Kim’s room and stole an estimated $5.6 million in jewelry. Included in the bounty? A recent gift from Kayne West, a $4 million, 20-carat emerald cut diamond ring purchased from Lorraine Schwartz Diamonds & Fine Jewelry. Then of all things, they fled on bicycles.

Throughout the years, there have been some brazen heists. Some are successful and never to be found, while others are doomed from the start. From disguises and drilling to secret thief guilds and silly slip-ups, here are 10 of the most notorious diamond heists.

It started with a noise complaint. A woman phoned the police about an early-morning racket, however, it went uninvestigated due to construction in the area. In fact, it was early morning thieves drilling a hole through the 4-foot wall separating the neighboring basement to Damiani. When the heist took place, the showroom was closed due to the preparations for a private showing. Unarmed and dressed as police, the thieves stormed in, tying up the staff and boldly made off with diamonds, rubies, and gold. These thieves were unlucky however, they could have had more!  One-of-a-kind pieces were in LA for The Oscars, so the most valuable baubles were off being worn.

He was well-loved by the bank employees and known for bringing in boxes of chocolate. He spoke with an American accent, held an Argentinian passport and believed in the long con. This gentleman went by the name of Carlos Hector Flomenbaum and had been frequenting the bank for about a year before making his move. Carlos became trusted enough by the bank employees to attain VIP access to the safety deposit boxes. This privilege was afforded to a trusted few diamond dealers in the diamond capital of the world. With this exclusive access, Carlos was able to easily bypass the $2 million security system. He walked right out through the front door with 120,000-carats of diamonds without any violence and never to be found.

It was just 18 minutes before takeoff, and the diamonds had been loaded from a Brinks armored van to the plane. All passengers were on board and ready for their flight. Thieves dressed as police officers rushed the plane, ordering ground staff and the pilot to back off and unloaded countless packets filled with diamonds. Without firing a single shot, they came, stole 130 bags of diamonds, and sped off into the night. The small 15-minute window of opportunity to pull this stunt off screamed of an inside job. The robbery was so seamless, passengers had no idea anything was the matter until they were told to disembark. In the end, 31 people were eventually arrested and some of the gems recovered. All in all, not a bad haul for $3.3 million/minute of work.

The Carlton Hotel is known for being the height of luxury and elegance. It was the hotel’s in-house jewelry store which became the unfortunate victim of a heist. As the store was closing, three masked men stormed the store, spraying machine-gun fire, sending shoppers and staff into a panic. The robbers took advantage of the chaos to make off with roughly $60 million worth of diamonds and jewelry. They were never apprehended. The jewels were never recovered. The strangest part of the incident? The walls and ceiling were completely intact, meaning there were no bullet holes. The robbers were firing blanks.

Two well-dressed men entered the store, appearing to be average customers. Simply wealthy gentlemen looking to purchase jewelry. They most certainly were not what they seemed, both had completely altered their appearance with the use of makeup and prosthetics. The disguised men produced handguns and began threatening employees into opening display cases. As they exited the store, they fired a single shot into the air to frighten those in the store and made off with $65 million worth of jewelry. As they entered their getaway vehicle, they fired another single shot. All this was for naught, however, because they made a grave mistake. One of the thieves left a cell phone in the getaway vehicle, allowing police to track them down. In total, 10 men were apprehended for the heist, but the gems were never found.

Planning for this heist took 18-months. The vault was located 2 floors below the main floor, protected by a variety of security measures. These included infrared heat and seismic sensors, magnetic fields, and a private security force. The lock with 100 million possible combinations didn’t even appear to hinder the thieves. Skilled in social manipulation, the mastermind established himself as an Italian diamond merchant. Going as far as renting out office space within the building to gain 24-hour access. The group who accomplished this film-worthy feat called themselves the School of Turin, a zero-violence group of thieves. In the end, they raided 123 of the 160 safety deposit boxes of their diamonds, leaving 37 unopened and loose gems strewn across the floor. What gave them away? DNA found on a half-eaten sandwich in an abandoned bag not far from the crime scene.

Four tall men, dressed in silk scarves, high heels, stockings, and blonde wigs, entered the Harry Winston shop. A hostess greeted them and began guiding them up to the saleroom, but they never made it. Halfway up the stairs, the thieves pulled out weapons, including a grenade. Ordering everyone to the ground while calling staff by their first names and yelling out home addresses, they looted the display cases. This included a 31-carat diamond, worth $8 million, which had been delivered the day before. It’s suspected that this heist was conducted by a group who call themselves the Pink Panthers. However, this was not the first time this boutique was a victim of a heist but in fact the second time having been robbed only 14-months before.

This heist was simple, effective, and brazen. Thieves lay in wait for a diamond truck en route from the airport to the Antwerp diamond district. Armed and in front of witnesses, they forced the driver out of his vehicle. The thieves drove off with an estimated $118 million in uncut diamonds. Following a tip off, four men were arrested 12 years later with $43 million worth of the gems still missing.

Retirement can be difficult for some, boredom being the biggest problem. Organizing a heist was the solution for these men aged 43 to 76. Together they conspired and succeeded in drilling through a 6-foot-thick concrete wall to break into the Hatton Garden deposit vault. They didn’t have to worry about moving fast once they were in. It’s suspected they had up to as many as 4 days to rifle through the boxes. The group was arrested a few weeks later yet only $10 million of the valuables was recovered, some even in poor condition.

This heist involves a getaway on the Thames aboard a speedboat, aborted attempts and what would have been the largest robberies in history. The target was a De Beers Diamond exhibit on display at the Millennium Dome. It was featuring the flawless Millennium Star diamond, weighing in at 203.04 carats. A gem considered one of the most perfect in the world. Also in the collection, were 12 blue diamonds weighing in at a total of 118 carats. On November 7th 2000, heavily armed thieves burst on the scene. Under the cover of gas canisters, the thieves stormed into the Dome and began smashing display cases. As they were filling their bags, police officers disguised as cleaning crews rushed them! Even if the robbers had made off with the jewels, they would have found themselves disappointed. The priceless gems had been replaced with fakes after the police were tipped off. 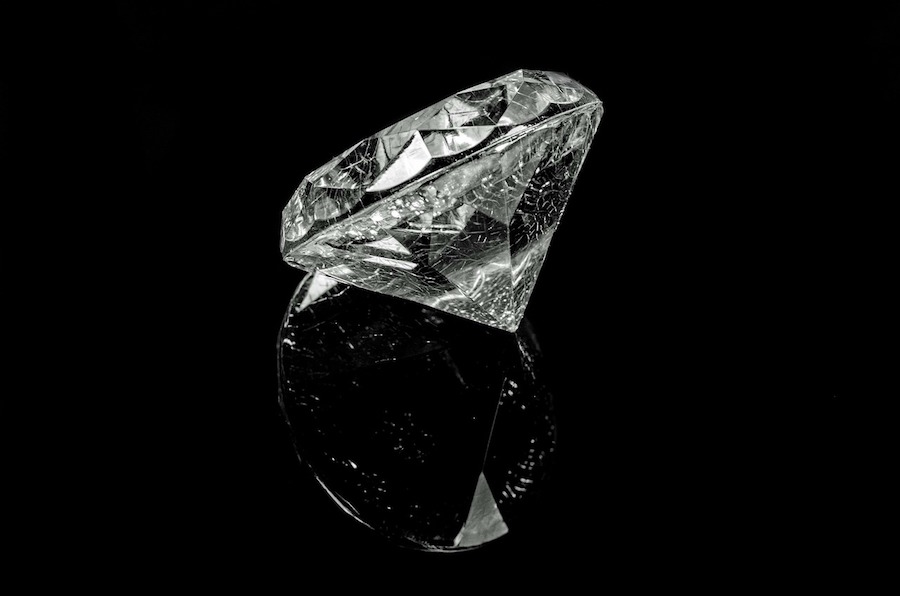 Save Some Time, Skip the Heist

Our imaginations love a diamond heist. We imagine the perpetrators to be elusive spies slinking about right under our noses. It is rarely quite so glamorous. If you require diamonds, skip the efforts of planning a heist! Book your appointment with Vancouver Diamonds. We take the stress out of diamond shopping, making the process easy and enjoyable. No drills or getaway vans needed!